Thanks to the Kid Lit Exchange network for providing a copy for this Wishtree review. As always, all opinions are my own. This post contains affiliate links, which means that Lu and Bean Read may receive a small commission (at no additional cost to you) on products purchased through external vendors.

Katherine Applegate, author of the Newbery Medal-winning book the One and Only Ivan, is back with another stunning middle grade novel 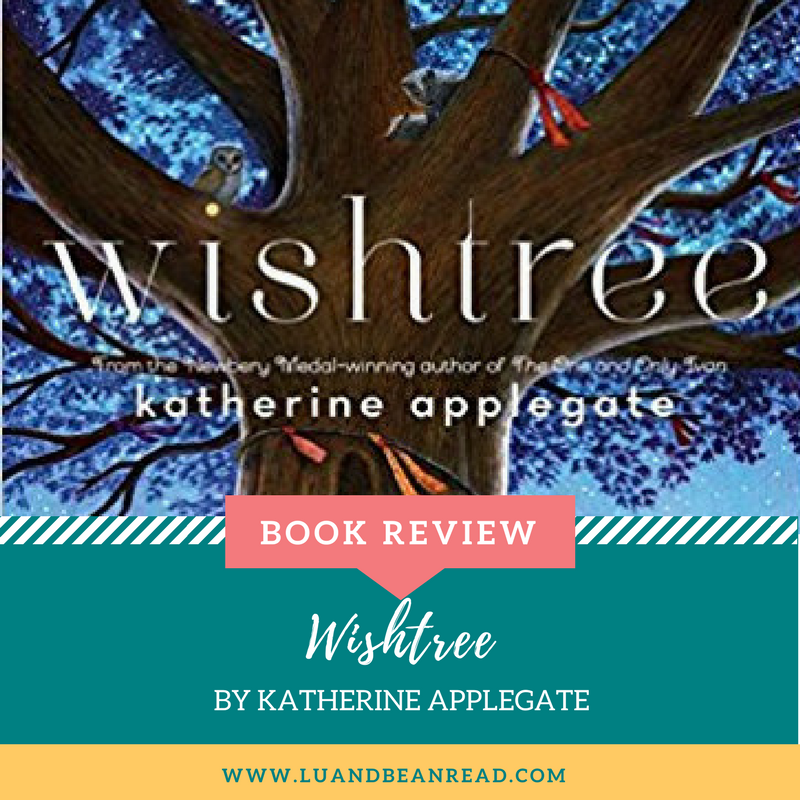 Wishtree is narrated by a 216-year-old red oak tree. This is perhaps the oldest narrator you’ll encounter in a children’s book. Red has seen a lot in the neighborhood, where it serves as the Wishtree. Once a year, neighbors tie a piece of cloth to Red and send their deepest desires off into the universe. Red has seen many generations of immigrants come through the neighborhood, but the tree notices that people are treating the new family on the block differently. Some people are unfriendly to, scared of, and even hostile toward these new neighbors. Red and its many critter friends come together to figure out if a Wishtree can help remind people of their humanity.

I’ll be honest, I was doubtful that middle grade readers would retain interest in a book narrated by a “wise old tree.” Red is the antithesis of what you see in many action-packed middle grade stories: calm, cool, steady, stationary, quiet. Fortunately, the tree’s animal friends provide movement and comic relief, both with their antics and with their ridiculous self-naming systems (skunks, for example, name themselves after their favorite smells, resulting in monikers like FreshBakedBread.) The book’s human characters are more enigmatic. We only see small insights into their actions and motivations from Red’s stationary vantage point.

Despite its unconventional narration, I found that my daughters remained riveted as we listened to Wishtree. I believe what makes this book shine is its accessibility. It has short chapters and the writing is straightforward. All levels of middle grade readers will be able to handle the writing and the themes, which focus on diversity, inclusion, kindness, and love. Exactly the themes our kids should be thinking and talking more about these days.

There is one word in Wishtree, one very simple word, that brought both my husband and I to tears. I won’t tell you what it is. You’ll know it when you get there.

Wishtree was published on September 26, 2017 by Feiwel & Friends. 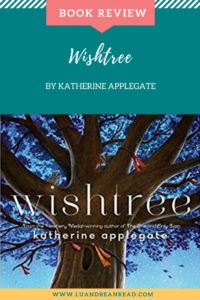