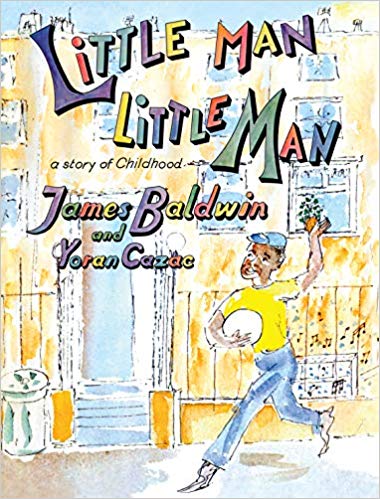 The conundrum of LITTLE MAN, LITTLE MAN is deciding who is the target audience. Baldwin originally described it as a children’s book for adults. It has decidedly adult themes and language, including police brutality, alcoholism, and allusions to domestic violence. It also includes minor profanity, which would typically be unheard of in a children’s book.

And yet at its republishing, the foreward challenges readers to reevaluate the text and its relevance to young people. My view is that this is a text to be studied. Readers who are ready to evaluate the book for its deep societal themes and racial analysis will find a lot to unpack here. This doesn’t mean, however, that I think the book is only for adults. I count middle grade and young adult readers among those who should study LITTLE MAN, LITTLE MAN.

Even as an adult reader, I will have to reread LITTLE MAN, LITTLE MAN several times to begin to digest Baldwin’s intentions. It is completely unlike anything I’ve ever read. I found it to be challenging, fascinating, and—ultimately—entertaining.

LITTLE MAN, LITTLE MAN is written by James Baldwin and illustrated by Yoran Cazac. It was republished on August 28, 2018, by Duke University Press. 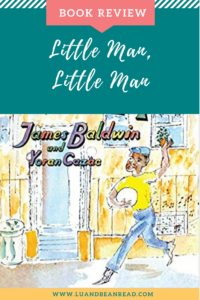