Review: After the Fall by Dan Santat

Thanks to the @kidlitexchange network for sharing this review copy. As always, all opinions are our own. This post contains affiliate links, which means that Lu and Bean Read may receive a small commission (at no additional cost to you) on products purchased through external vendors.

We are huge Dan Santat fans. His Caldecott-Medal-winning book The Adventures of Beekle came out when the girls were just transitioning into reading and understanding picture books and remains one of the beloved books in our collection. We jumped at the chance to get a review copy of his new book After the Fall: How Humpty Dumpty Got Back Up Again. 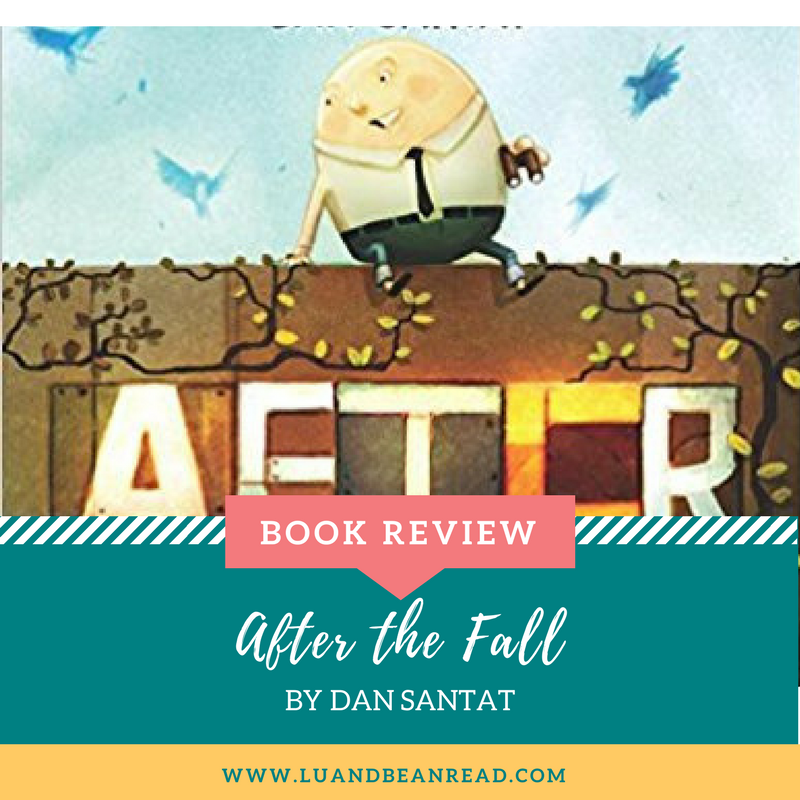 Despite our admiration of Santat, I admit that I was slightly less enthusiastic about a retelling of a Mother Goose nursery rhyme. Retellings are becoming overdone, in my opinion, and, well, I’m not such a big fan of nursery rhymes like Humpty Dumpty to begin with. The wonderful thing about After the Fall is that it’s not just a regurgitation of a classic story—it imagines what happens to Mr. Dumpty after he is shattered from his fall.

To fully appreciate the book, readers will want to start with a base understanding of the tale of Humpty Dumpty. We start at the Kings County Hospital, where all the king’s men have successfully put Humpty back together again. Santat has hidden amusing details like the hospital’s name throughout the illustrations, which gives readers a deeper look into the story behind the story.

Although Humpty’s body is pieced back together, his heart and mind are not ready to jump back up on the wall. We learn why Humpty sat on the wall in the first place—he is an avid bird watcher. But since the fall, he’s had to give up sitting among the birds, his favorite cereal on the top shelf, the top bunk of his loft bed, and more.

Humpty is too afraid to climb again, but he is miserable without his birds. He decides to make a well engineered paper bird, which gives him a new way to soar. But a paper bird can’t last forever. One day it gets caught atop the wall, beckoning Humpty to try again.

Humpty, of course, decides to try again and rescues the bird. He crests the top of his ladder, arms raised in victory.

If the book had ended there, it would have been another didactic tale teaching kids to keep trying after they fail. Fortunately, there is one last twist. The final few spreads invite readers to consider what an egg like Humpty really is—not an end state, but one phase in the life of a creature who has even better things waiting for him.

After the Fall is available on October 3, 2017, from Roaring Brook Press.

Buy the book on IndieBound

Buy the book from the publisher

Buy the book on Amazon.com 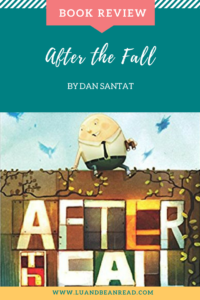