Middle Grade Review: The Vanderbeekers and the Hidden Garden 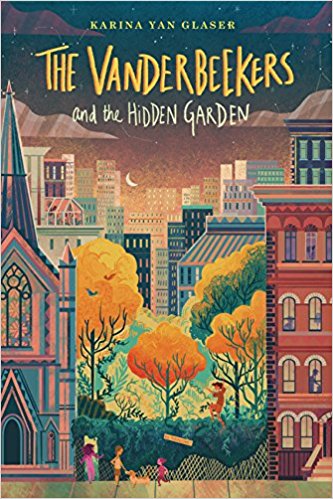 In THE VANDERBEEKERS AND THE HIDDEN GARDEN, the family’s beloved neighbor, Mr. Jeet, has a stroke and is hospitalized for several weeks. While he and his wife are absent, the Vanderbeekers—who generally have the run of their Harlem neighborhood—set a goal to surprise their neighbors with a community garden on an abandoned plot on the block.  When the children overhear the landowner’s plan to sell the plot, they must do everything they can to save the garden.

I think writing a sequel to a successful novel would be horrible (the pressure!), but Glaser did a beautiful job. Although the first VANDERBEEKERS novel was a hit, in my opinion the author has managed even better character and story development in the sequel. Each of the five Vanderbeeker children had a distinctly lovable voice and role in their scheme to create the hidden garden. The wide age range of the Vanderbeeker children, from age 5 to middle school, make this book appealing for a broad group of readers. As for me, I love all of the Vanderbeekers, their friends, and their richly described Harlem neighborhood!

Just as in the first book, the novel is structured as a countdown to a deadline—the land sale—which created a fast pace that kept me racing to the end. I was completely invested—the garden had to happen!

The relationships in this series make the books so special. The Vanderbeeker family have a completely relatable mix of sibling love and frustration. Their love and support of the neighbors living in their building is what we should all aspire to. And their supporting cast of friends and community connections make you want to pack up and move to Harlem. Young readers will appreciate the young characters’s agency in both creating and saving the community gathering place.

Overall, THE VANDERBEEKERS AND THE HIDDEN GARDEN is a smashing success! This delightful sequel makes me even more likely to recommend the first book to young readers.

THE VANDERBEEKERS AND THE HIDDEN GARDEN is written by Karina Yan Glaser and will be out on September 25, 2018, from HMH Kids. 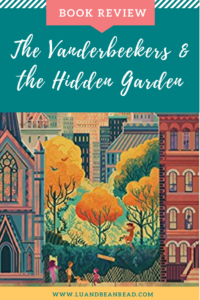