THE MAD WOLF’S DAUGHTER, a new middle grade novel set in medieval Scotland, surprised me with how much it captivated me. It’s not a subject matter I would typically be drawn to, and yet the deeper I got into the book, the more trouble I had setting it down. 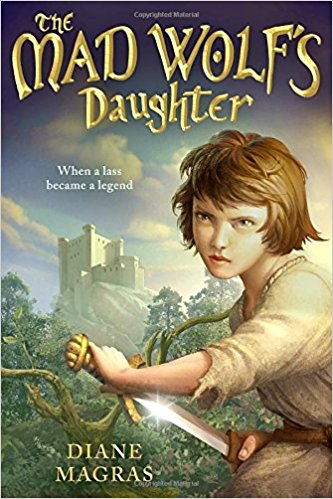 Thanks to Penguin Random House for the review copy of THE MAD WOLF’S DAUGHTER. As always, all opinions are my own. This post contains affiliate links, which means that Lu and Bean Read may receive a small commission (at no additional cost to you) on products purchased through external vendors.

Young Drest is the only girl in her warrior clan, joined by her legendary father and brave brothers. The book opens with a surprise attack on Drest’s family. She is the lone member of the family not captured.

Drest is now responsible for freeing her family from a castle dungeon far from home. Just as she decides she must risk her life to save her family, she stumbles across a young knight left behind by her family’s captors. She brings the knight along with her, knowing that he could be the only way she can find a way into the castle.

The journey is long and dangerous, and punctuated by Drest’s internal narrative with what she believes her brothers’ advice would be. Her fictitious brothers acknowledge her strength and bravery, and yet are continually surprised by how adeptly she navigates the woods, villages, and villains that cross her path. Meanwhile, she develops confusing feelings about her captive, both befriending him and remaining deeply suspicious of him.

There are obvious tinges of sexism and ageism toward Drest throughout—she’s just a wee lass afterall—but over time Drest claims her own power and begins to remind people that she’s proven herself more capable than they are.

Grimbol stared. “My own wee lass? We trained you better than I knew.”

“Maybe you did, or maybe it was just me…”

I loved these moments when Drest refuted the men, even those she loved, who tried to take credit for her achievements. Ultimately, Drest realized she didn’t need the men in her life to dictate her future. There are many other worthwhile themes in this book, including those on family, friendship, integrity, and loyalty, but for me the takeaway was about a young girl’s fierce independence. In her quest to save her family, Drest found herself.

THE MAD WOLF’S DAUGHTER is published on March 6, 2018 from Kathy Dawson Books. A note on triggers: Readers should know that there is physical violence in the book, as well as a hint at sexual violence. 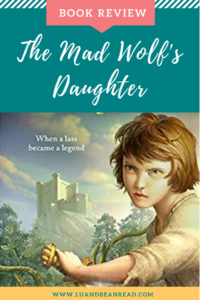