Middle grade review: The Journey of the Pale Bear

I really loved this middle grade book! THE JOURNEY OF THE PALE BEAR surprised me with how charming and captivating it was. And even better when I got to the end and found out it was based on a true story! 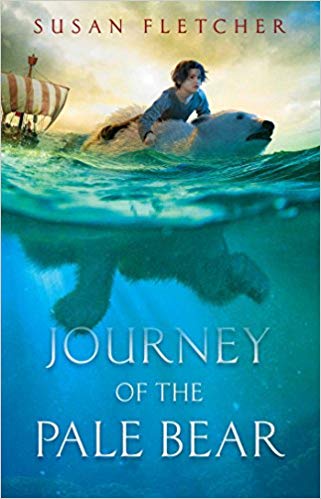 The Journey of the Pale Bear review

THE JOURNEY OF THE PALE BEAR is based on the true story of a “pale bear”—presumbed to be a polar bear—gifted by the king of Norway to the king of England in the 12th century. Not much is known about the bear, other than that he lived in a tower with the king’s “menagerie” of exotic animals.

Author Susan Fletcher invented a story around these facts, creating a 12-year-old keeper named Arthur. Arthur travels to England with the bear and the two become emotionally—almost spiritually—connected.

Upon arriving in England, Arthur’s quest evolves. He must find a way to convince the king to give the bear some semblance of freedom.

Might it be that the king, too, knew what it was to have life hem him in and trap him, blocking his will as surely as the bars of an iron cage? Might it be that even kings were not entirely free?

I read the book not knowing there was any truth to the story—that information is in the author’s note at the end. Despite my ignorance, I was positively smitten with the pale bear and  Arthur. The pair’s loving attachment to one another is just lovely. And every once in awhile, the book is laugh-out-loud funny.
Anyone who understands that a person can have a deep relationship with an animal will love this special book. It’s wonderful! Five stars!

THE JOURNEY OF THE PALE BEAR publishes on October 2, 2018, from Margaret K. McElderry Books. It’s available for preorder using the links below. 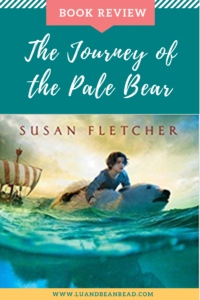