Whew! I just finished SKELETON TREE, and this one is not for the faint of heart. SKELETON TREE is a suspenseful and heart-wrenching middle grade novel about coming to peace with the end of life. 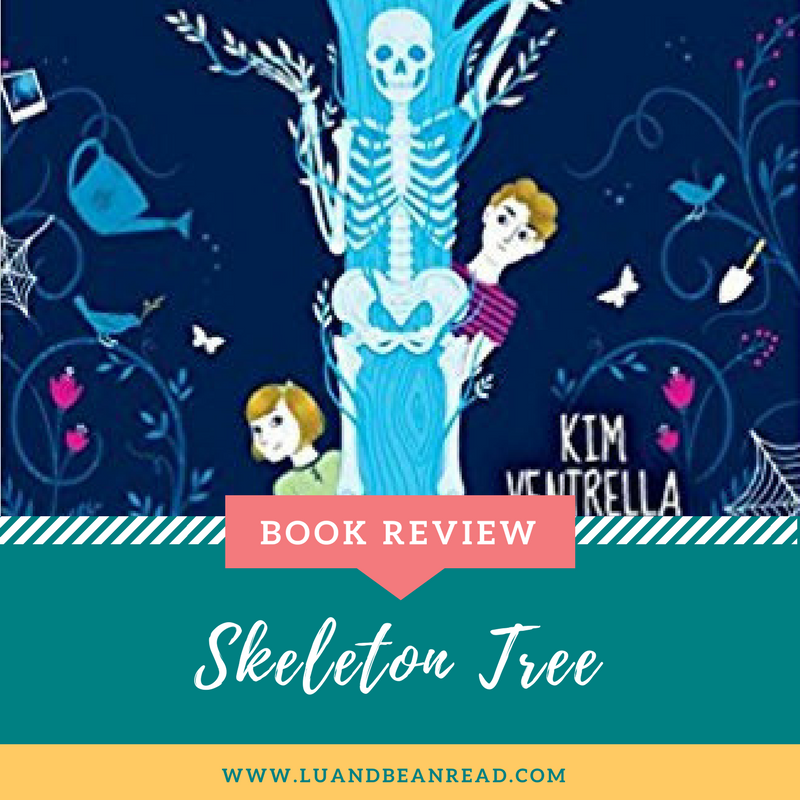 Stanly’s eight-year-old sister is so annoying—she is always tagging along with Stanly and his friends, she doesn’t understand anything, and she cries at the drop of a hat. But when Miren starts making regular trips to the emergency room for breathing issues, even Stanly starts to worry.

When he’s not thinking about Miren, he’s studying the mysterious tree that’s growing in the backyard. It looks suspiciously like a skeleton, and it seems most of the adults in his life can’t see it. As the skeleton grows and takes on a personality of his own, Miren’s strength dwindles. Stanly alone has the responsibility to ward off the skeleton, who he suspects is behind all his sister’s health problems.

Even as I started to understand how the plot of SKELETON TREE was developing, I resisted the idea. And yet as the skeleton became more animated, my interest in the book also grew. This is very heavy subject matter for middle grade, and yet author Kim Ventrella wrote an age-appropriate book about letting go of the ones we love most. It’s unique and courageous, and gives you plenty of time to prepare for what’s to come.

My one quibble with the book is that Miren’s character acts much younger than her age. She was a perfect five-year-old character, and yet she celebrates her eighth birthday in the book. I chose to think of her more like a five-year-old, which helped me enjoy the novel for its clever ad heart-breaking story.

I would recommend this book for mature middle grade readers who can unravel a mystery, accept an untidy ending, and deal with some spooky scenes along the way.

SKELETON TREE is written by Kim Ventrella and published in September 2017 from Scholastic Press. 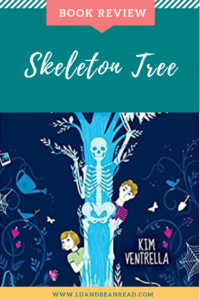