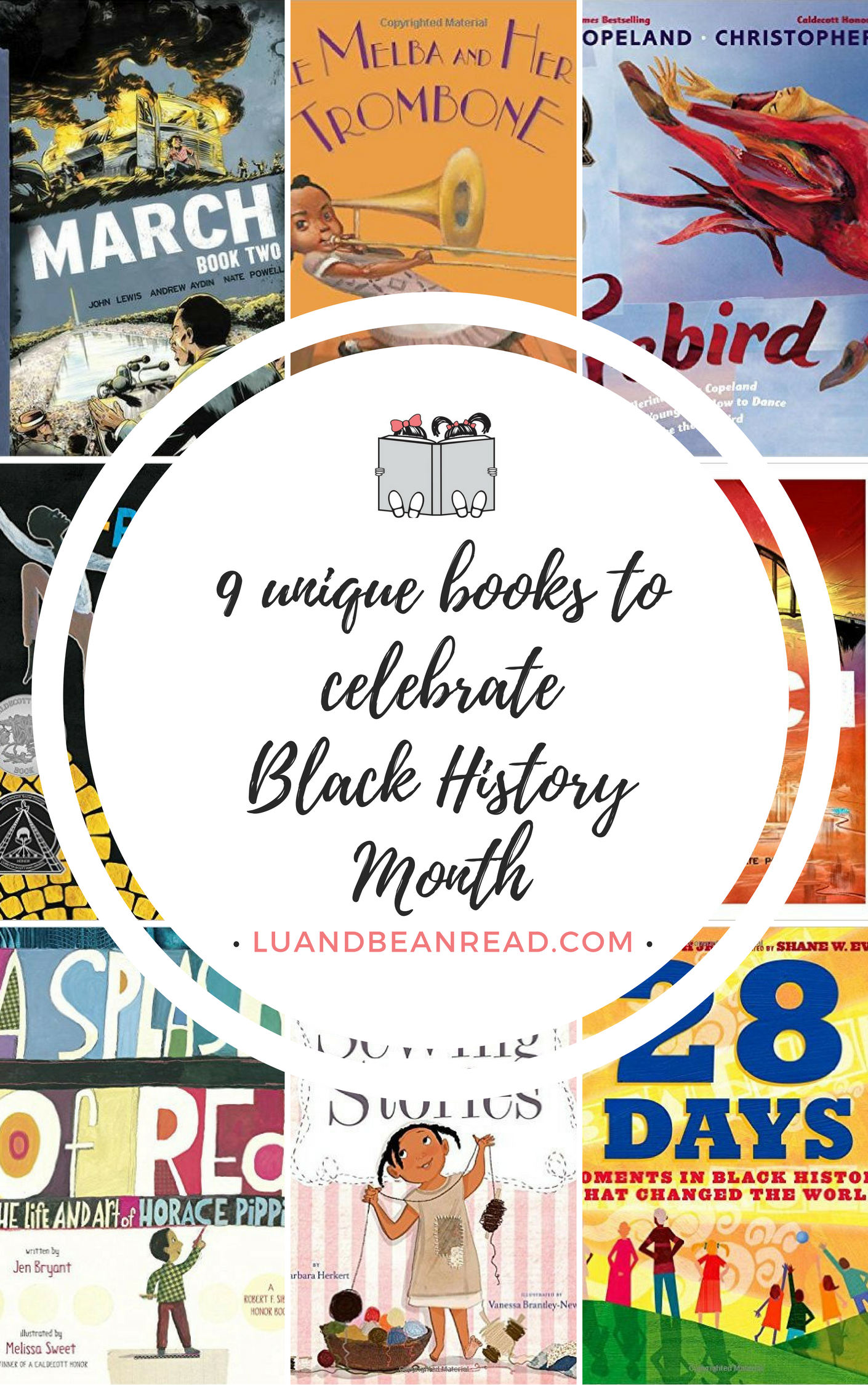 February is Black History Month and now more than ever it is important for our kids to be learning about the African American experience in our country. There are so many history-makers and trailblazers to learn about. Here are a few books we’ve been reading or are on our to-be-read list right now.

28 Days: Moments in Black History that Changed the World

28 Days offers a reading for each day of February about a different moment in Black history. These include important moments in the fight against slavery and for civil rights, but there are also stories about other groundbreaking contributions by African Americans. For example, did you know that an African American man named Matthew Henson was a leader in the first successful expedition to the North Pole? This book offers a great way to walk through the month of February with a short reading each night to spark discussion.

A Splash of Red: The Life and Art of Horace Pippin

by Jen Bryant and illustrated by Melissa Sweet

A Splash of Red is the story of Horace Pippin, a self-taught artist injured fighting in World War I. He returned from the war with an arm that no longer worked, but that didn’t stop his creativity. He re-trained himself to paint and draw with his remaining good arm guiding his injured one. His talent was eventually discovered by a notable artist of the time, and his paintings are now displayed in museums all over the world.

by Misty Copeland with illustrations by Christopher Meyers

Before Misty Copeland was a world-famous ballerina, she was a little girl wondering if she could find a home for herself in a dance world where African Americans had not historically been represented. The dancer wrote this book to little girls like her—those who have dreams but are  not sure they have what it takes to reach them. The book encourages children to work hard and believe in their ability to someday become the Firebird.

Little Melba and Her Big Trombone

by Katheryn Russell-Brown and illustrated by Frank Morrison

Little Melba and Her Big Trombone is about jazz musician Melba Liston. An African American girl born in 1926, both sexism and racism stood in the way of her love of music. She was born in Kansas City, a place where music thrived. Music lived in her bones, in her soul. Melba learned to play the trombone, and she was good at it. She became one of the first women to play the trombone in big bands that would tour the country and the world. She played with artists like Dizzie Gillespie and Billie Holiday. Eventually, she learned to write music and started her own band. She taught music at universities, gifting her talent to a new generation of musicians. All of this occurred in an era where women, and especially African American women, had limited opportunities. People were not always kind, but her spirit and her music still touched the world.

by Rep. John Lewis and Andrew Aydin with illustrations by Nate Powell

I haven’t read the March Trilogy yet, but they high are on my list for this year. Written by Congressman John Lewis, one of the iconic figures in the civil rights movement, this series brings history to life through graphic illustrations. Books in the series have been honored with the National Book Award and the Coretta Scott King Award, among other accolades. Please note these are considered young adult graphic novels.

by Carole Boston Weatherford with illustrations by R. Gregory Christie

Freedom in Congo Square is another multiple award winner including the 2017 Caldecott and Coretta Scott King honors. The story, written in verse, tells of the toil of slave life in New Orleans. While most days of the week brought hard work and sorrow, enslaved people still had Sunday to look forward to—that was the day they gathered together in Congo Square.

by Barbara Herkert with illustrations by Vanessa Brantley-Newton

Sewing Stories is the biography of Harriet Powers, an enslaved woman and an expert quilter. As a free woman after the Civil War, she used her quilting skills to earn money for her family. She made two prize pieces known as story quilts that she exhibited at local fairs. That’s where they caught the public’s attention. Her only two known story quilts are now preserved in museums for all to learn from.

There are so many more books we could add. What would you add?